Internet trends by Mary Meeker from Kleiner Perkins Caufield & Byers delivered her annual rapid-fire internet trends report at Code Conference at the Terranea Resort in California. Mary also presents it as 30 min video here. It is 355 page slide deck and my intent is to complement video and summary on link above with some internal takeaways. Well it won't be really quick as this report is so rich in content :). Global internet penetration is 10% YoY excluding India. Global smartphone shipment is slowing down to 3%, although reports don't talk about it but in comparison IoT device shipment is increasing rapidly at 28%.

People are increasingly spending more and more time on internet and digital medium through mobile phones.

Ad block penetration growing faster on mobile in emerging markets.
Ben Silbermann Pinterest founder says "a lot of future of search is going to be about pictures instead of keywords".

Incentive based ads which offer some value and incentive to the consumer such as rewards and as well skippable video ads are driving positive interactions for the consumer. Consumer really want to be forced to watch full video ad.

Customer service survey says online access channels is the key. Example Sofi.com; Chewy.com (in the image) and UNTUCKit which has a combination of offline (trials) and online (shipping).

Lowe's and Google has come together to enable augmented reality in their store to enhance the store experience. Amazon has launched the all in one subscription store - completely online but Amazon is also going brick and mortar with Amazon GO.

Ads and ad based monetization is the focus for many of the tech giants such as Google and Facebook but the online commerce is rapidly growing with some exceptions of like of Amazon also going offline.

Gamification is one of the fastest growing trend for all purposes such as ads, campaign, commerce and branding. China is largest market with asia pacific leading ahead of other regions. Gaming tools can optimize learning and engagement

for the user and the player.
Immersive gaming tools = improved athlete experience. eSport evolution is leading to for deeper user experience.
Byron Reeves from Stanford University said "If you want to see what business leadership may look like in 3 to 5 years, look at what is happening in online games". Look at what Elon Musk, Hoofman and Zuckerberg has to say.
MEDIA

Customer are willing to pay for music, video and other media and survey on left list some of the rationale. .

Look at some of the stats from how Google search, Netflix and YouTube, and Spotify (20% music market share in av very short time) music streaming are performing with the right customer offering.

Image below shows some of major concerns enterprises and customers have while adopting cloud technology but however cloud adoption is rising very rapidly with user expecting a well designed product and developers getting a good head start to build real applications rather than worrying about managing infrastructure and OS.

India is an exception when it comes to growth of internet and mobile internet specifically.

India has leapfrog from hyper-local offline markets to online and D2C channels. From brick and mortar pharmacies to online health apps and deliveries. Internet of Things is creating lot of buzz all over the world with companies and researchers predicting billions of devices to be connected by 2020. IoT is practically creating next revolution in the world of Internet and India is also taking part by initiating programs like Digital India, smart cities mission (100 smart cities in India), etc. While focusing on cities is important for India to grow, prosper and create end to end service ecosystem for the citizens, I think we also need to focus on challenges faced by Indian villages. Smart village concept need to design with focus on solving grass root problems faced by villagers.
As per 2011 census ~70% population of India still lives in villages. And the problems faced by these villagers goes unnoticed as the technology solutions are designed with cities in the context. One of my friend wrote this article on "The Rural Problem Statements" listing many of these challenges. I will here try to propose some IoT based solutions f…

Four #Strategies for Age of #SmartServices by Glen Allmendinger andRalph Lombreglia; a little bit dated but still quite relevant and meaningful insights on what strategy one company should adopt to migrate from pure product centric approach to service based selling and solutioning.
Highlights:  “the business is actuarial science now”; "any asset that costs more than ten times its purchase value to use is a clear candidate for networking"; "Embedded innovators that decide to add connectivity to their products may have a hard time levying additional charges in relationships where everything was previously included" Solutionist is the one that provides extra solution around the standard operating procedure of the device such as GE Healthcare offers for MRI machinesAggregators: Controls the application’s actual data collection and central-processing power; and there will be synergists, whose devices contribute valuable data or functions that are controlled by the applica… 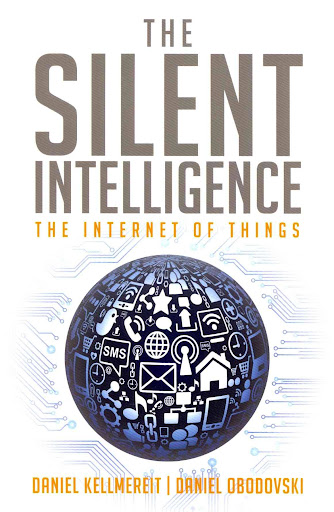 20 highlights from the book "The Silent Intelligence" by Kellmereit & Obodovski

This is one of the many reviews I plan to post on IoT/M2M books as I target to read 10 over next 3 months and have finished 2 so far. The Silent Intelligence is written by Daniel Kellmereit and Daniel Obodovski. Author covers IoT from historical perspective gradually building trends and describing technology ecosystem. They conclude mentioning four typical use cases of IoT: connected homes, connected health, connected cities and connected cars. Below I cover key highlights from the books however selection of these points and the opinions stated (if any) are completely personal. Kudos to both the authors for presenting such wonderful views and knowledge coupled with interviews with many stalwarts, industry experts and companies which makes it easy to comprehend the book.

Assaf Biderman of MIT's SENSEable City Lab says "computers are becoming so small that they are vanishing into things and its not M2M but thing-to-thing. If your environment is equipped with I/O nodes everywhere…